The following houses were inhabited by two families of two cousins: the family of Mahmoud Abdullah and the family of Slah Muhammad. Based on a photograph from the fifties of the last century, a wall can be seen surrounding both courtyards while each one had a gate with separate entrance. It seems that the complex was built in two periods, in two main stages: at first two family-sized rooms of about thirty square meters were built in a traditional stone cross vault with a meter thick walls. They had service rooms for animals as well as for storage. We estimate that the second stage was built at the beginning of the twentieth century. The western area of the house was divided into two levels, in addition to a courtyard floor, a balcony and two living rooms with 40 cm thick walls with a concrete ceiling casted with a collection of stone aggregate with galvanized steel. Today parts of the ceiling got destroyed as well as part of the fence surrounding the yard and the gates. 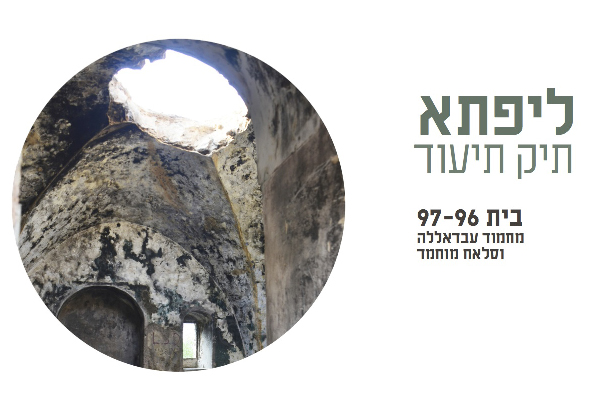